🥳
Black Friday Sale is on: Get Amazing deals on tools and resourcess
Check it out 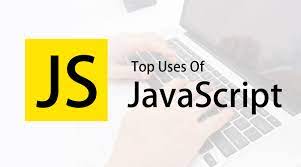 It is becoming shorter! If the function just has one statement that returns a value, the braces and the return keyword can be removed:

This only works if the function only contains one statement. If there are any parameters, they must be passed inside the parentheses:

In fact, if there is only one parameter, the parenthesis can be omitted: Arrow Function Without Parentheses:

"This" keyword always reflects the object that specified the arrow function when using arrow functions. Let's look at two codes to see what the differences are. Both JavaScript Codes invoke the same procedure twice: once when the page loads and again when the user clicks a button. The first code shows how to use a standard function, while the second shows how to utilize an arrow function.

With an arrow function this represents the owner of the function:

When working with functions, keep these distinctions in mind. If the behavior of ordinary functions isn't what you're looking for, utilize arrow functions instead.