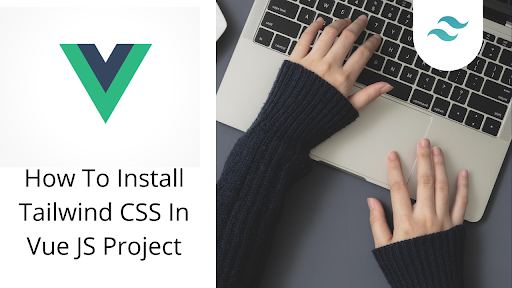 How to Install Tailwind CSS in Vuejs

Tailwind CSS is not really the first utility-first CSS framework, but it’s safe to say it’s the most popular among developers. Using this framework is not limited to only your HTML files. You can use them together with another programming framework.

In this tailwind tutorial, we are going to look at using Tailwind CSS in Vue. Vue.js is a popular front-end JavaScript framework. Developers can use this framework to create stunning web designs for their projects.

For you to follow along, you need to have the following requirement.

At the end of this tailwind CSS tutorial, you will be able to install Tailwind CSS in VUE and create a simple modal. The tailwind CSS VUE modal will look like the image below.

Creating a Vue.js project is easy. If you have not created your project yet. you can do that by opening your terminal and writing the following command.

these commands will start Installing the VITE. You will be prompted to choose which framework to install. You will select VUE among the options presented.

Once you have chosen the framework you want to install, You can select the variant you wish to use, just like the image below.

After selecting the variant of your choice, the whole framework will install. You will see the image below on the terminal.

next step is to install the dependencies using npm

At this point, we are going to install Tailwind CSS on our Vue project

You will now have to configure some files to enable tailwind to work with the Vue project. The first thing is to generate the tailwind.config.js and postcss.config.js files by running the following code in the terminal.

The command above will create two files. The first file,‘tailwind.config.js will look like the code below.

Including Tailwind in your CSS

At this stage, we are going to include Tailwind CSS in our Vue project CSS file. Inside the src folder, we will create a CSS file and call it index.css. You can call it anything you want. Now, we will write the following code inside.

You can now save the file. Tailwind will swap the directives you have created to generate the styles based on the configuration design system.

You can now go ahead to make sure that the CSS is imported into the ‘src/your main.js’ file.

At this stage, we are going to now build a tailwind react modal to demonstrate that the Tailwind CSS is working. Below are codes we are going to write on our App.vue file.

After this, you can now run npm run dev. Then our webpage will look like the image below.

We have successfully installed a tailwind CSS in our vue.js project. We also created a modal with Tailwind CSS to demonstrate that the Tailwind CSS Vue is working well.

How to Install Tailwind CSS in Vue JS.