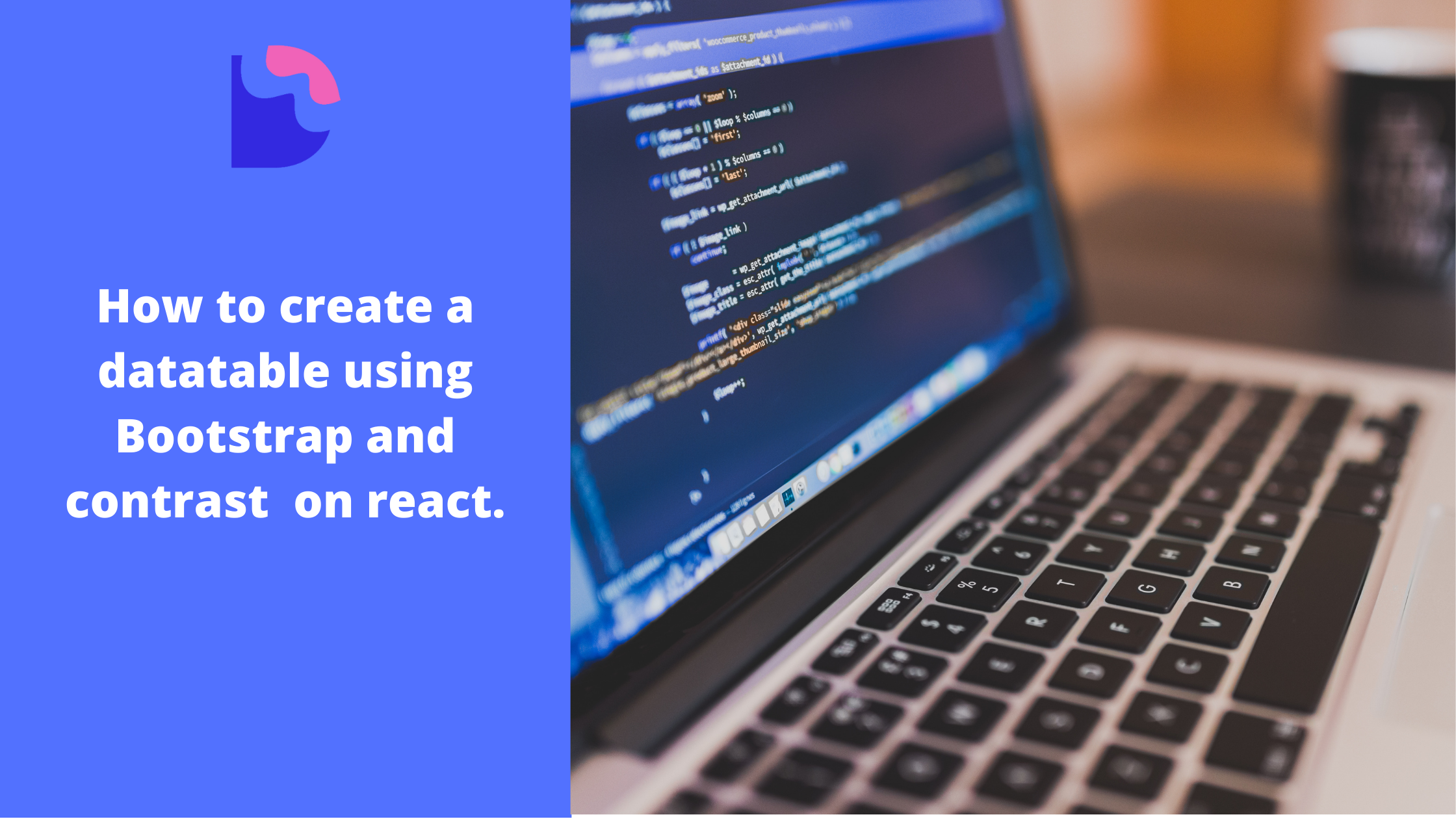 How to create a beautiful datatable with icons using bootstrap and Contrast on React.

How to create a datatable in react using contrast

DataTables are components that mix tables with advanced options like searching, sorting and pagination. Today, we’ll be creating a DataTables in react using a react library knows as Contrast. Contrast also known as CDBReact is a react library which is an Elegant UI kit with full bootstrap support that has reusable components for building mobile-first, responsive websites, and web apps.

The DataTables would be built using React, Bootstrap, and CDBReact. You don’t need to have any previous knowledge of CDBReact but the following are necessary:

The DataTable we will be building is show below 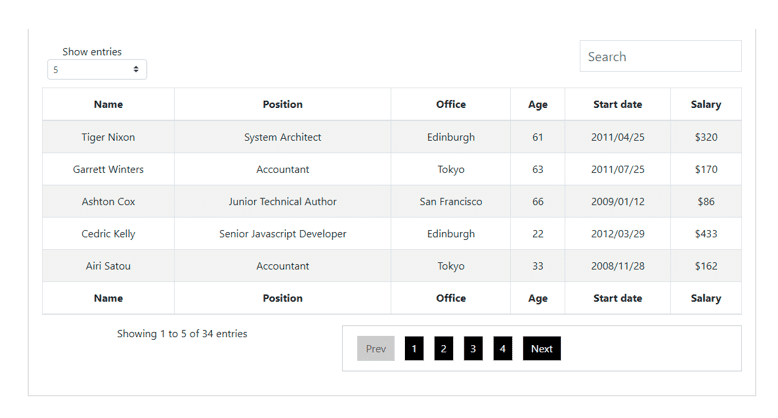 First Check that you have node installed. To do this, run the following command in your terminal. node -v

This should show you the current version of node you have installed on your machine. If you don’t have node.js installed, download it here. Installing node also installs npm on your PC but you can still confirm using npm-v. Now that we have node installed, we can start up our React project by going to the directory of our choice and running npx create-react-app datatables-app

I named the project datatables-app but you can use whatever name of your choice.

Now, we have to install CDBReact in our project Run the following command to install CBDReact

Note that we don’t need to install bootstrap or add it anywhere in our project as CDBReact does that for us upon installation. Now run npm start to make sure that everything works well and there are no errors. DataTables The first thing we will do at this stage is to create a file that would house our datatable main codes. I named the file DataTable.js. you can of course name it anything you wish. In the file import some datatable component from contrast and react from react.

In the code above, we imported some component from contrast that is important in building the dataTable. These are the conmponents

We used the different components from contrast to create the following table above. We also added some styling to the components to help make the table more presentable. In the code below, we are going to render the DataTable component on the app.js 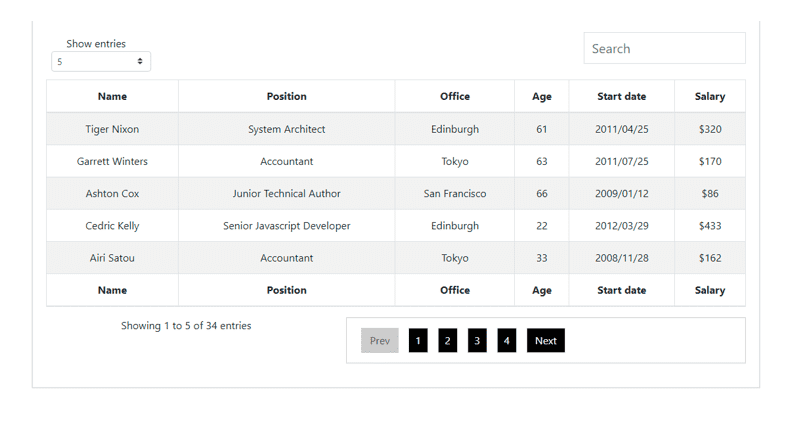 Conclusion Datatable are easy to build using contrast which you have seen. You can also use several tools including bootstrap styling without installing bootstrap to create your datatable and make it to suit you. You can also check out some other features you can use in CDBReact DataTable Docs.

Link to code on github

Building different custom components in react for your web apps or websites can get very stressful. Thats why we decided to build contrast. We have put together a UI kit with over 10000+ components, 5 admin dashboards and 23 additional different pages template for building almost any type of web app or webpage into a single product called Contrast Pro.Try contrast pro 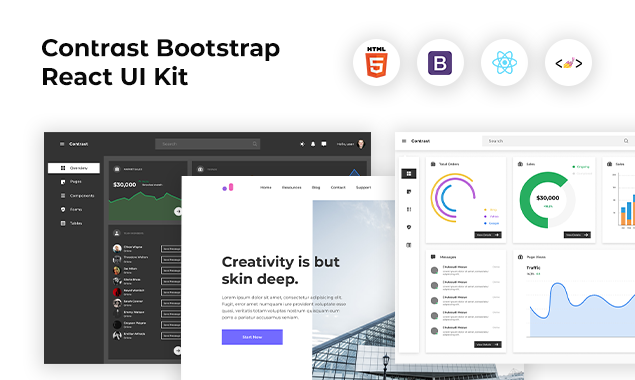